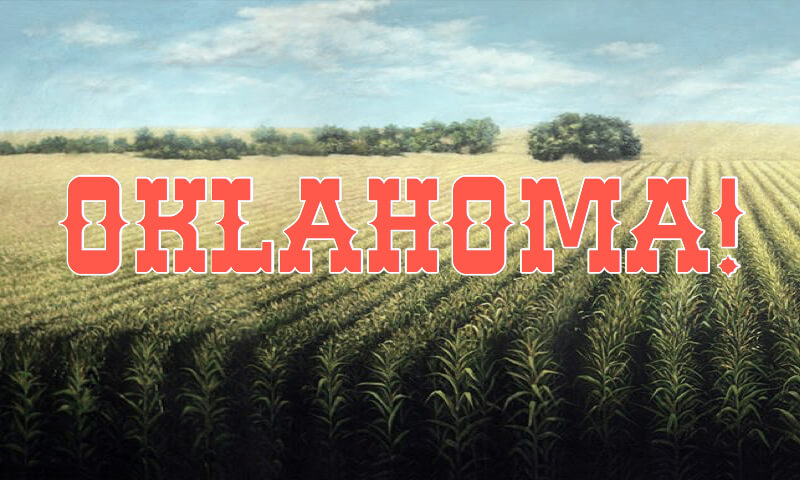 Most characters will sing and dance in this show. Please be prepared to sing a one-minute selection. This may be a song from this show or from another. If you need piano accompaniment, please provide a copy of the sheet music for your song to Amelia Musical Playhouse by November 4th. You may bring your own musical device to the audition as an accompaniment. A cappella auditions are discouraged. There will be readings from the script. Also, there may be some dance movement during the audition. Please come dressed with this in mind.

There are several male and female roles with speaking parts in addition to those listed below. There are roles for ballet style dancers and for tap or clog style dancers. Most group dancing will resemble basic square dancing.

Aunt Eller: G3-F5 She acts as the town’s aunt, a fun-loving caretaker. She watches over the town and a ranch with her niece, Laurey and a hired hand, Jud. She sees the good in everyone.

Laurey: C4/A5 She has an innocence and yet an air of knowledge about her. She lives with her Aunt Eller on a ranch and is in love with Curly, though she may not admit it.

Curley: C3/F#4 Has a confident swagger and deserves it, he is the most handsome man in the whole county. He is in love with Laurey, but refuses to admit it. He’s a cowboy and the romantic lead.
Jud Fry-D3/C#4 Described as dark and growly by others, Jud takes care of the ranch Laurey and Aunt Eller live on. Jud does not fit in with the society he lives with, he is seen by most as an outsider and misunderstood. He has feelings for Laurey. He works hard to take care of Laurey and Aunt Eller on the ranch.

Ado Annie: C4/A5 Andrew Carnes’ daughter, she “Can’t Say No” to anyone. She wants everyone to be happy. Her heart is always in the right place, but she isn’t always the best judge of character. A comic, romantic lead, she is wooed by Ali Hakim, but deep down she feels a connection to Will parker.

Will Parker: D#3/F4 Will is a cowboy who is skilled enough to compete in rodeos. Being able to do rope tricks is a plus. Will is a dance role, tap dancer preferred. He is interested in Ado Annie, but isn’t the brightest bulb.

Ali Hakim: F3/D5 Traveling peddler who says he’s from Persia (present-day Iran). Though we aren’t sure how much of what he says we can believe. He, like Jud, is an outsider to this community but not feared by most. He likes pretty things and women. He pursues Ado Annie and Gertie Cummings.

Andrew Carnes: F3/F4 He is very protective of his daughter, Ado Annie. He doesn’t want Will Parker to marry her because he believes the cowboy’s life to be risky and unreliable. He is a rancher, and doesn’t feel very kind to cowboys in general. He is also the local judge.

Gertie: Is interested in Curley and has a very unique laugh.

If you are interested in auditioning, but cannot attend on the 11th, contact the director, Chad Miller, to arrange an early audition. 904-430-7555 or bigcatt118@gmail.com