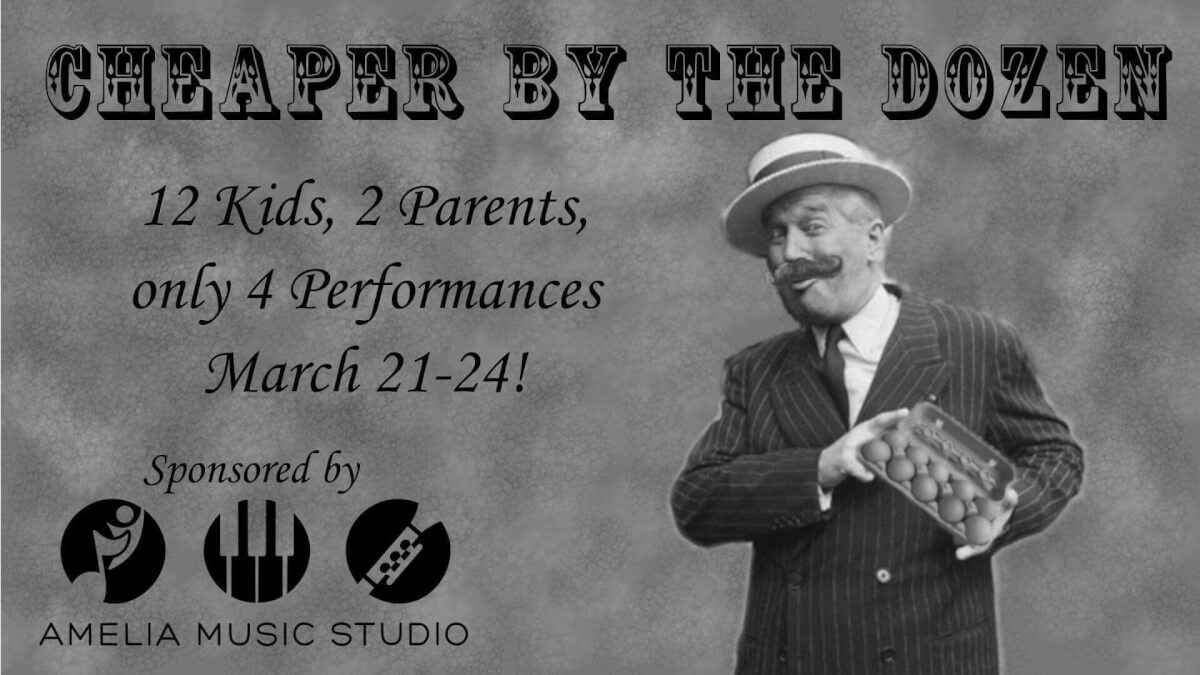 Based on a true story, CHEAPER BY THE DOZEN tells the story of the Gilbreth family. Their inventor father, who is well-known for bringing better efficiency to factories, keeps his family of twelve children running just as efficiently. This play is told from the point of view of two of his children reflecting on the last few months before his death. He was preparing the family for his imminent departure, but most of his children, like most of the young children in the audience, were unaware of the fact. It is an extremely funny, heart-warming, and family-friendly tale, and the tragic catharsis of the father’s death is beautiful to the adults in the audience, who can understand the euphemisms.