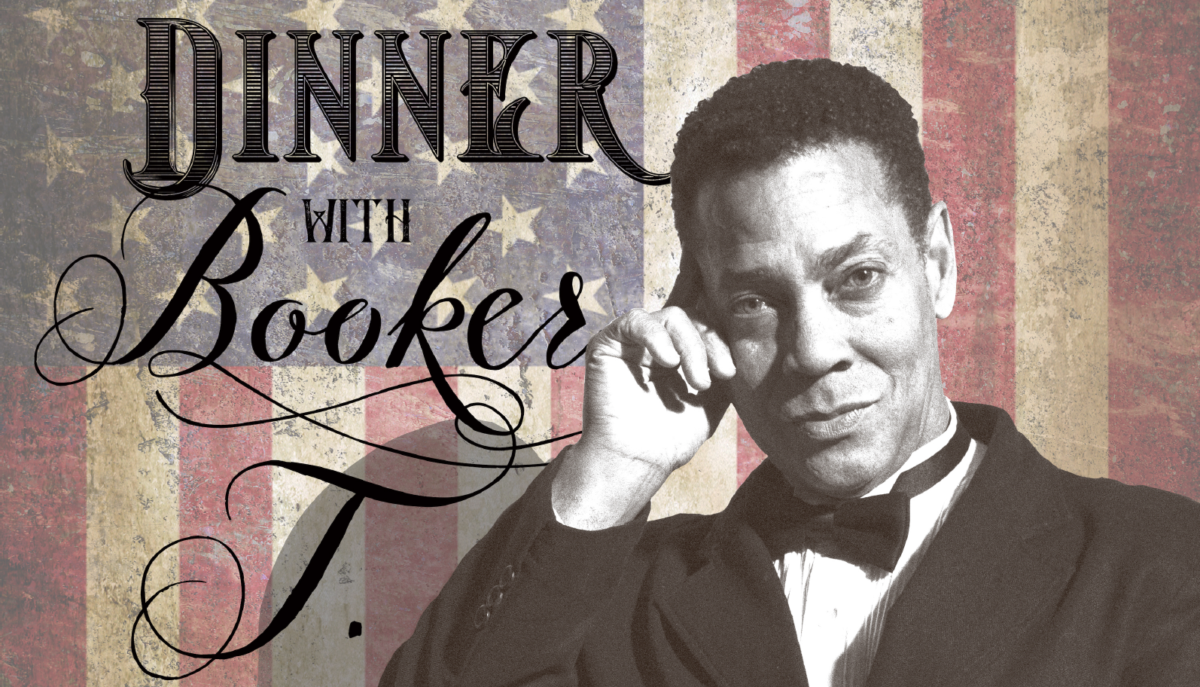 DINNER WITH BOOKER T. is an inside historical look into the life of one of America's greatest orators and leader of the Negro race, Mr. Booker T. Washington and based on his rise from slavery, to student, to educator, to national and worldwide leader. This 70-minute work is comprised of original rhetoric, research, song, dance, speeches, historical dialogue, and visual presentations. Mr. Booker T. Washington was catapulted to national acclaim following his 1895 Atlanta Exposition Compromise Speech.

Darryl Reuben Hall takes the audience on a journey into the life of Booker T. Washington by portraying the many friends and enemies that kept him strong in the fight for equality from a United States Officer to a General, a Coal Miner to Mrs. Ruffner, 14 characters in all.

Due to its historical nature, some may find some of the language offensive as narrative follows southern newspaper headlines as well as comments made by senators and other politicians alike.