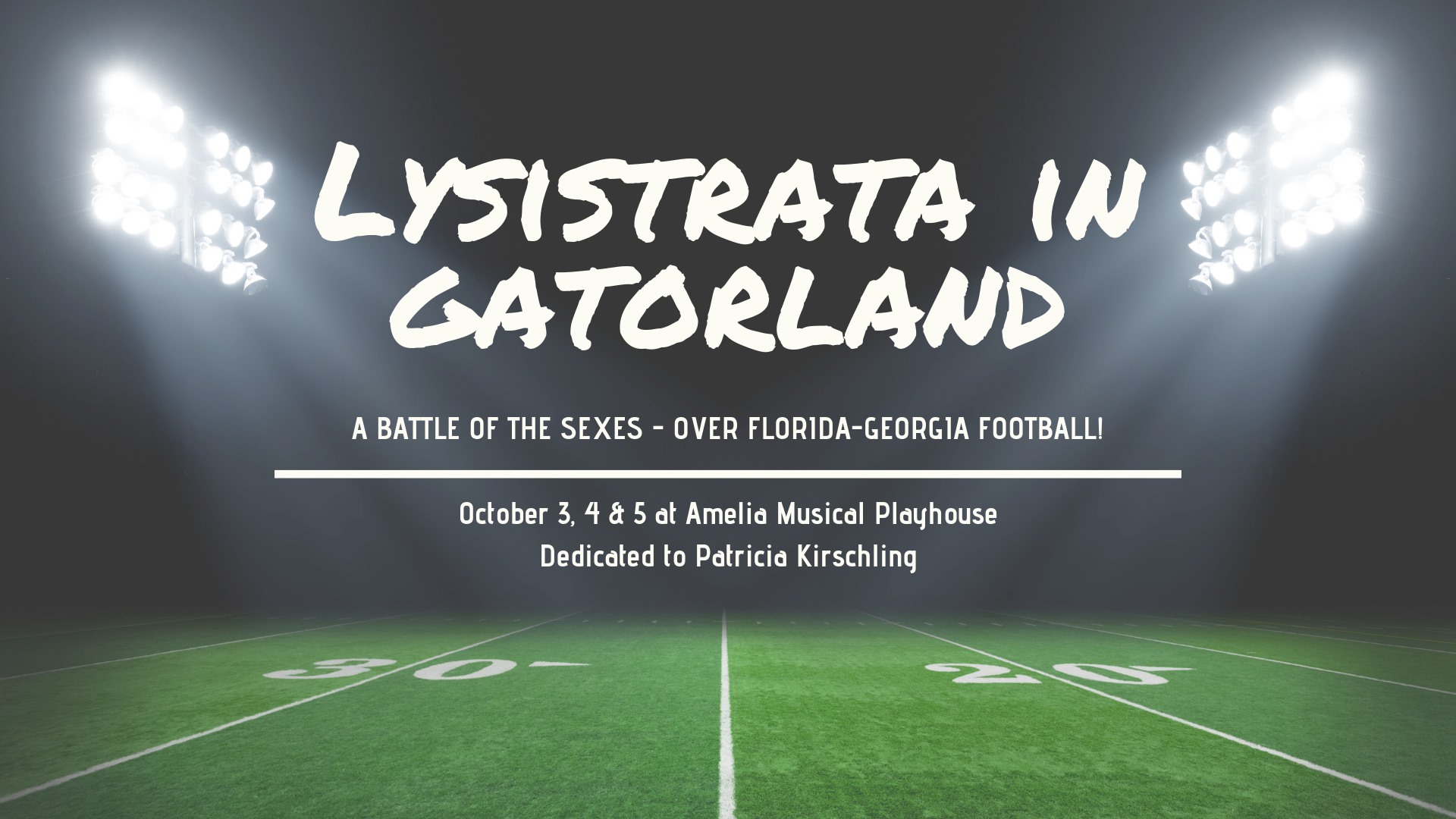 Hormones run wild as women call a sex strike to stop the sacred Florida-Georgia football game! But who will crack first: the men or the women? You’ve never seen a “tailgate party” like Lysistrata in Gatorland, a side-splitting adult comedy with music and dance.

1) IT is an adaptation of the ancient Greek comedy, Lysistrata, which was written in 411 B.C.!! The author of that show, Aristophanes, is often referred to as the “Father of Comedy.” His plays were noted for nutty fantasy, outrageous satire and bawdy humor.

2) In the original Lysistrata, the cities of Athens and Sparta had been at war for 20 years. Lysistrata is a bold, independent woman who seeks to bring an end to the war by convincing all the women to withhold sensual favors from their men.

3) In our adaptation, Lysistrata takes on possibly an even tougher challenge: to stop college football on the eve of the sacred Florida-Georgia game.

4) The saga of Lysistrata has been adapted many times through history, including as an opera, several Broadway shows, and multiple movies (including Spike Lee’s Chi-Raq.)

5) In case you wondered, the name “Lysistrata” literally means “She who disbands the army.”