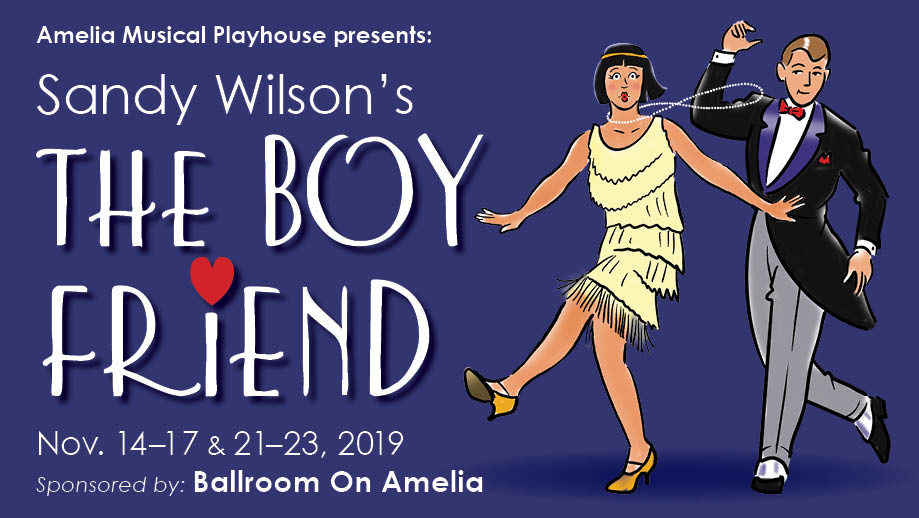 The Boy Friend brings the Jazz Age back in a light romantic spoof of 1920's musical comedies. After premiering in London in 1953, the show soon moved to Broadway in 1954, in which Julie Andrews made her Broadway debut and won the Theatre World Award. The show has been revived, made into a movie, and out on tour in numerous productions over the years. Our upcoming production stays true to the original, which takes place at a finishing school for wealthy young ladies in the South of France. Our "Perfect Young Ladies" and "Boy Friends" are teens from across Nassau County and south Georgia. Geoffrey and Karen Harper King are featured as the esteemed Lord and Lady Brockhurst, with Deirdre Wallace as Madame Dubonnet, Headmistress of the school, and Jeff Groden Thomas as Percival Browne, The Millionaire. The music is all in 1920's style, with Lynn Arizzi as our Music Director and a live pit orchestra under the baton of Solomon Johnson. This show is full of great dance music, mistaken identity, lots of laughs, and is appropriate for the entire family. The amazing 1920's costumes were designed and created by Donna Lewis and Tammy Lynch. The show is directed by Jill Dillingham and Beth Perkins.

Special thanks go to Ballroom On Amelia for sponsoring The Boy Friend!